How bad can “just one meal” potentially be for you?

Posted on December 18, 2013 by karenlynnesnyder

When I attend functions where meals are served, or fun holiday gatherings I have learned to not overindulge or eat things that my body is no longer used to, such as dairy products, even if the presentation of food looks tempting, or it is something that I used to enjoy. When I have overindulged, the uncomfortable feeling I am left with at home after the function is just not worth what I ate.

I will never forget about 18 years ago,  I had to be taken to the hospital after a Thanksgiving meal because I thought I was having a heart attack. Luckily, it wasn’t a heart attack, but instead it was an esophageal spasm which the doctor said my episode had mostly likely been brought on by the high-fat meal I had just eaten. My symptoms were severe chest pain that spread outward to my arms and back. It truly felt like what I thought was a heart attack and I never, never want to experience anything like that pain ever again.

With a few more holiday gatherings coming up for me, I found an article about how can “one meal be bad for you” very interesting at my recent gathering for my Cottage Theatre Board group there were many healthy nutritarian (foods like fruits, vegetables, leafy green vegetables, mushrooms, nuts and seeds, beans, onions, whole grains, low-fat food items) choices for me to make and enjoy:  there were wonderful choices of freshly cut veggies like carrots and celery, sweet peas, mini sweet peppers, cherry tomatoes, black olives, black bean hummus, red pepper with garlic hummus, a delicious spinach hummus, some Arabic pita bread, and thinly sliced whole-wheat sourdough bread and even some pepper-jack jelly which certainly had some kick to it. Although they were prepared beautifully, I didn’t select any of the items from the deli meat trays or anything prepared with dairy. And of course, I did sample and enjoy one of the Miracle Tarts made by the company Hail Merry. The article shares some important information that I wanted to share with my health conscious followers who, like me, are learning how to best live a healthy life in “the real world.”

I hope you will take a few minutes to read this very interesting article.

The following article It’s Just ONE MEAL. How Bad Could it Be? was written by Dr. Joel Fuhrman, author of several books: Eat to Live, Super Immunity, and The End of Diabetes. 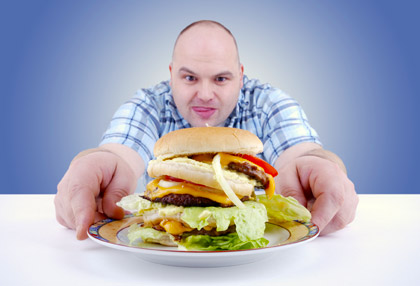 Rich foods packed with oils, animal products, white flour, and sugar may look tempting to you at a holiday gathering. Maybe tempting enough for you to say to yourself “It’s just for today, just this one meal. I’ll go back to my healthful Nutritarian diet tomorrow — one unhealthful meal can’t possibly harm me.” Is that true?

Aside from the fact that a single low-nutrient meal may awaken old addictive drives that could then lead to many more low-nutrient meals, a single meal is enough to cause damage to your cardiovascular system. There are more cardiac deaths on December 25, 26, and January 1 than any other days of the year.1 This sobering observation suggests that overindulging at a holiday meal can be extremely hazardous to your heart.

First, I’d like to define the phrase “endothelial function,” which will be used frequently in this article: The endothelium is a specialized layer of cells that forms the inner lining of all blood vessels. Endothelial cells produce nitric oxide and other substances that regulate blood pressure, maintain balance between pro-thrombotic (blood clotting) and anti-thrombotic mechanisms, and act as a selective barrier between the blood and surrounding tissues. The functions of the endothelium are crucial; endothelial dysfunction is an early event in atherosclerotic plaque development and cardiovascular disease.2

Now let’s take a look at the traditional components of a holiday meal, and how they affect our cardiovascular system…

Meat, cheese, and oils. Over fifteen years ago, a study reported that eating a meal in high saturated fat, and animal product impaired endothelial function for four hours following the meal, and this effect has been confirmed in the literature over and over.3,4 For example, a study presented earlier this year reported the detrimental effects of a sausage, egg and cheese breakfast sandwich on endothelial function.5 In addition to impaired endothelial function, single low-nutrient, high fat meals have been reported to induce insulin resistance, increase circulating adhesion molecules (which allows excess LDL and inflammatory cells to enter the vessel wall — a contributor to atherosclerosis), induce oxidative stress, and deplete the body’s circulating antioxidants. 6-8 The detrimental effects of a high saturated fat meal on endothelial function are believed to occur via oxidative stress and activation of pro-inflammatory pathways.4,9 Although most of the studies have focused on high saturated fat meals, there is also evidence that animal protein and excess oils (high in omega-6 fatty acids) may also negatively affect the endothelium and induce oxidative stress.10,11

The point: A SINGLE unhealthful holiday meal inflicts damage on the cardiovascular system, contributes to atherosclerotic plaque development, and in susceptible individuals may even provoke a cardiac event. Also important, is that the most eating enjoyment at special occasions comes from gourmet Nutritarian food* that pleasures your taste buds, your heart and your intelligence.

I support others to better health through plant-strong eating and healthy lifestyle choices. I hope my information here helps you with your journey.
View all posts by karenlynnesnyder →
This entry was posted in Uncategorized. Bookmark the permalink.